A detailed description of the battle fought at the almost-forgotten island of Adak. 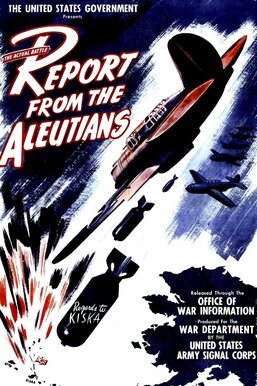 John Huston narrates and directs this propaganda documentary about American military life during the Aleutian Islands Campaign of World War II. The film shows little combat footage and instead pays close attention to the day-to-day minutia of the servicemen's routines as they safeguard a chain of Alaskan islands from Japanese invasion. Huston documents several habitual activities, like mail call, thus adding a layer of daily reality not seen in other war documentaries of the era.