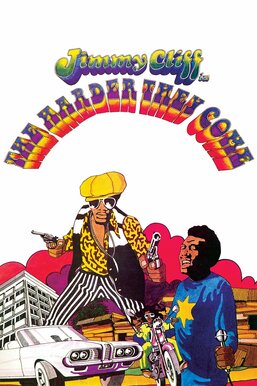 Ivanhoe Martin (Jimmy Cliff) arrives in Kingston, Jamaica, looking for work and, after some initial struggles, lands a recording contract as a reggae singer. He records his first song, "The Harder They Come," but after a bitter dispute with a manipulative producer named Hilton (Bob Charlton), soon finds himself resorting to petty crime in order to pay the bills. He deals marijuana, kills some abusive cops and earns local folk hero status. Meanwhile, his record is topping the charts.