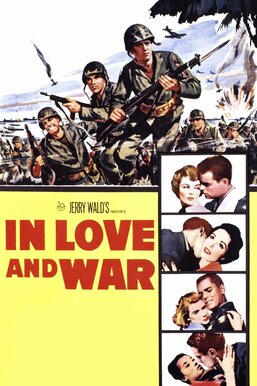 Three young Marines -- Frankie O'Neill (Robert Wagner), Alan Newcombe (Bradford Dillman) and Nico Kantaylis (Jeffrey Hunter) -- have shore leave in San Francisco before being shipped off to fight in World War II. Rattled by the uncertainty of their future, each responds differently to being reunited with loved ones. Frankie hits the bottle; Nico ponders leaving his upper-crust girlfriend; and Nico wonders if he should go through with marrying his pregnant fiancée.