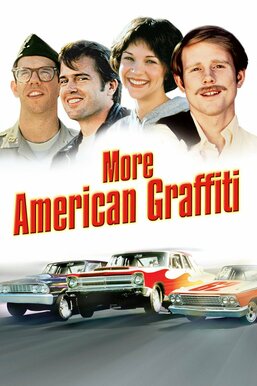 This sequel to the nostalgic film by George Lucas revisits characters from the earlier movie, most notably nice guy Steve Bolander (Ron Howard), who has gone on to marry his sweetheart, Laurie (Cindy Williams). Also featured is car enthusiast John Milner (Paul Le Mat), who has moved into a career on the drag-racing circuit. As the characters deal with personal matters, major social issues such as the Vietnam War and the peace movement also factor into their lives.