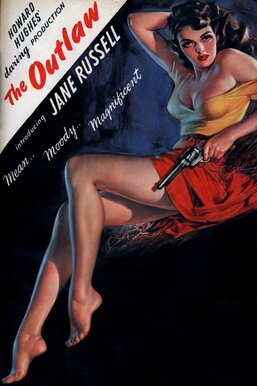 The life of legendary outlaw Billy the Kid, including his partnership with Doc Holliday and his clashes with lawman Pat Garrett. The film was notorious in its day because of producer/director Howard Hughes concentration on newcomer Jane Russell's cleavage, and national release in America was delayed by some years.