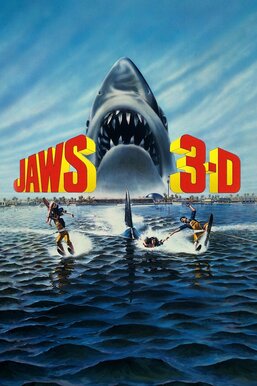 After a young great white shark finds its way into a sea-themed park managed by Calvin Bouchard (Louis Gossett Jr.), workers try to capture it. But the facility's attempt to keep the shark in captivity has dire consequences: A much larger mother shark appears in search of its offspring. Among those who must battle the angry aquatic killing machine are marine biologist Kathryn Morgan (Bess Armstrong), her co-worker Mike Brody (Dennis Quaid) and a pair of friendly dolphins.