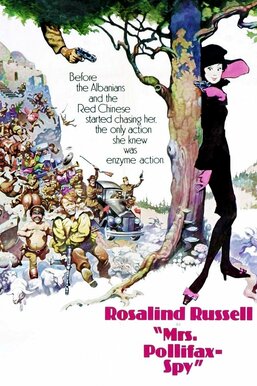 Previously unadventurous empty nester Mrs. Pollifax (Rosalind Russell) decides she'd like to try a bit of international intrigue. She asks the CIA if there's a place for her in the spy trade, and the agency agrees, dispatching her to Mexico on an important errand. But the trip goes awry, and along with fellow unlucky American Farrell (Darren McGavin), she ends up in Eastern Europe. She'll have to think fast if she's to save the mission and her life.