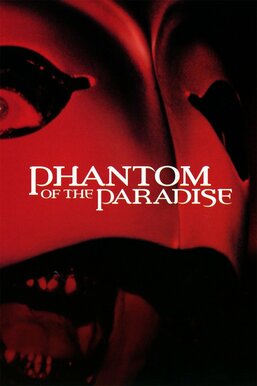 After record producer Swan (Paul Williams) steals the music of songwriter Winslow Leach (William Finley) and gives it to one of his bands, Leach sneaks into Swan's offices. Catching Leach, Swan frames him for dealing drugs, which lands him in prison. After Leach breaks out and again attempts to sabotage Swan's empire, an accident crushes his face. Leach then dons a costume and becomes the Phantom, intent on ruining Swan while saving singer Phoenix (Jessica Harper) from a terrible fate.