An executive's life enters a comic downward spiral after he meets a blundering fool (Steve Carell). 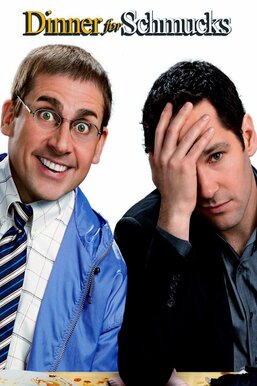 Tim (Paul Rudd) a rising executive, works for a boss who hosts a monthly event in which the guest who brings the biggest buffoon gets a career boost. Though he declines the invitation at first, he changes his mind when he meets Barry (Steve Carell), a man who builds dioramas using stuffed mice. The scheme backfires when Barry's blundering good intentions send Tim's life into a downward spiral, threatening a major business deal and possibly scuttling Tim's romantic relationship.