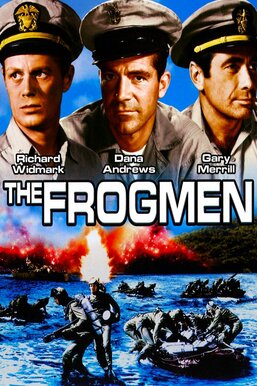 Newly-stationed Lt. Cmdr. John Lawrence (Richard Widmark) takes over as leader of an elite team of Navy divers aboard a submarine in the Pacific during World War II. Gruff and confrontational, Lawrence isn't popular with the crew, especially after sending a team -- led by Jake Flannigan (Dana Andrews) -- out on a dangerous mission. But when a Japanese torpedo threatens the boat, Lawrence earns the respect of the crew by risking his life to save them.