A teenager enlists the aid of a boozy, trigger-happy lawman to find her father's killer. 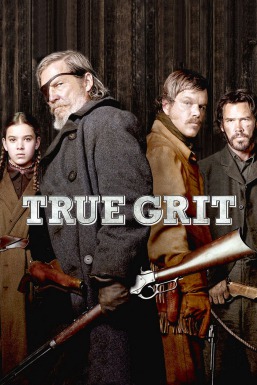 After an outlaw named Tom Chaney (Josh Brolin) murders her father, feisty 14-year-old farm girl Mattie Ross (Hailee Steinfeld) hires Rooster Cogburn (Jeff Bridges), a boozy, trigger-happy lawman, to help her find Chaney and avenge her father. The bickering duo are not alone in their quest, for a Texas Ranger named LaBoeuf (Matt Damon) is also tracking Chaney for reasons of his own. Together the unlikely trio ventures into hostile territory to dispense some Old West justice.