To graduate, a college goof-off and his buddies must beat preppies, coeds and cadets in a raft race. 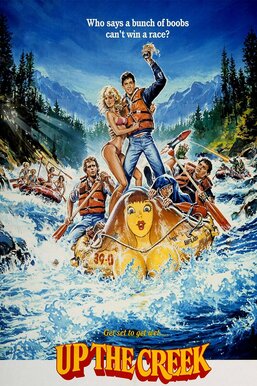 In order to graduate from college, four students must give in to their blackmailing dean's demand that they enter a raft race. Bob McGraw (Tim Matheson), Max (Dan Monahan), Gonzer (Stephen Furst) and Irwin (Sandy Helberg) must compete against a team from Ivy University as well as a hardened team from a nearby military school. Sparks fly between Bob and a new teammate, while the captain of the military team plots revenge against the foursome, and the Ivy team schemes its way to the top.