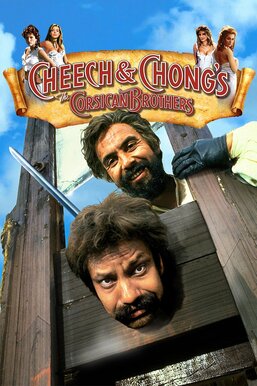 In this parody adaptation of the Alexandre Dumas novel, a boisterous but unappreciated rock band is kicked out of a quaint French town, only to cross paths with a mystical gypsy, who unfolds the strange tale of two brothers (Cheech Marin, Thomas Chong) from the Corsican family who, although separated at birth, could feel each other's physical pleasures and pains. When the oddly powered pair reunite, their misguided misadventures spark the beginning of the French Revolution.