Assorted spies try to recover a letter about a U.S.-Soviet deal to attack China. 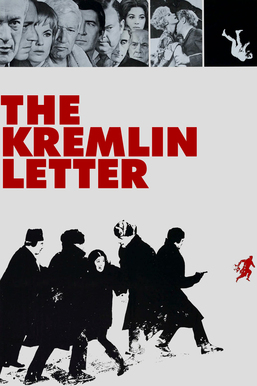 When an unauthorized letter is sent to Moscow alleging the U.S. government's willingness to help Russia attack China, former naval officer Charles Rone (Patrick O'Neal) and his team are sent to retrieve it. They go undercover, successfully reaching out to Erika Kosnov (Bibi Andersson), the wife of a former agent, now married to the head of Russia's secret police (Max von Sydow). Their plans are interrupted, however, when their Moscow hideout is raided by a cunning politician (Orson Welles).