Bushman finds an empty Coke bottle and sets out across Africa to throw it off the edge of the world. 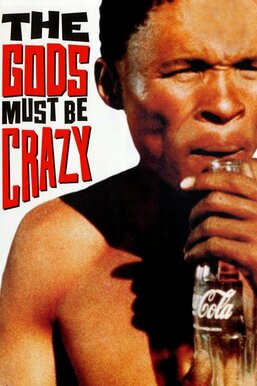 The tribal people in a remote African desert live a happy life, but it is all torn to pieces when a Coca-Cola bottle falls from a plane. With the villagers fighting over the strange foreign object, tribal leader Xi (N!xau) decides to take the bottle back to the gods to restore peace. His journey to the "end of the world" eventually has him crossing paths with a bumbling scientist (Marius Weyers) and a band of guerrillas who take a schoolteacher (Sandra Prinsloo) and her class hostage.