Ex-ninja (Michael Dudikoff) must stop mad sheik and his ninjas. 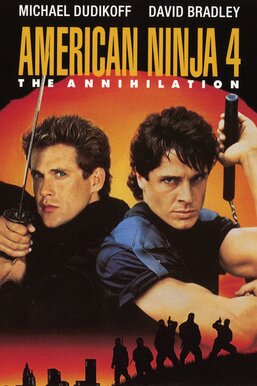 In this sequel, CIA operative Sean Davidson (David Bradley) must foil the deadly scheme of Mulgrew (James Booth), a former British soldier who's out to destroy the U.S. Working with an Arab terrorist, Mulgrew intends to blow up New York City in its entirety, and he has recruited a band of ninjas to help execute the plan. When Davidson runs into trouble with Mulgrew's forces, commando Joe Armstrong (Michael Dudikoff) is enlisted to rescue Davidson and aid him in completing the mission.