A teen motorist (C. Thomas Howell) cannot get away from a psycho (Rutger Hauer). 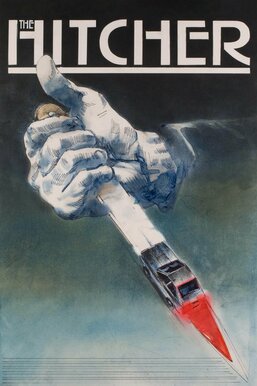 While transporting a car from Chicago to San Diego, Jim Halsey (C. Thomas Howell) picks up a hitchhiker named John Ryder (Rutger Hauer), who claims to be a serial killer. After a daring escape, Jim hopes to never see Ryder again. But when he witnesses the hitchhiker murdering an entire family, Jim pursues Ryder with the help of truck-stop waitress Nash (Jennifer Jason Leigh), pitting the rivals against each other in a deadly series of car chases and brutal murders.