An aged baseball scout and his estranged daughter head to North Carolina to see a hot prospect. 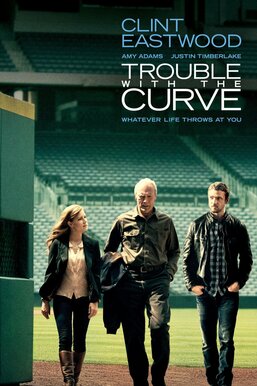 For decades Gus Lobel (Clint Eastwood) has been one of baseball's best scouts -- but now his age is catching up with him. Still, he refuses to be benched even though his bosses are questioning his judgment. Tasked with checking out the country's hottest batting prospect, Gus is forced to accept help from his daughter, Mickey (Amy Adams). Though they haven't spent time together in years, father and daughter make new discoveries about their shared past, which could change their future.