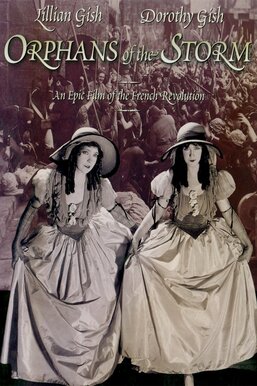 When the plague kills their parents, Henriette (Lillian Gish) and her blind adopted sister, Louise (Dorothy Gish), go to Paris in hopes of finding a doctor to restore Louise's sight. As soon as they arrive, Henriette is kidnapped by an amoral aristocrat (Morgan Wallace), but escapes with the help of Chevalier de Vaudrey (Joseph Schildkraut). Louise, meanwhile, is taken in by thieves who force her to beg. As the French Revolution rages all around them, the two sisters struggle to reunite.