The son (John Hurt) of a hanged highwayman picks up the trade in 1820s Scotland. 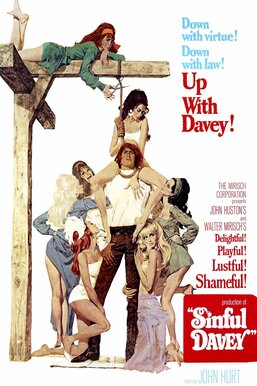 Though his father received a death sentence for thievery, Davey Haggart (John Hurt) nevertheless wants to be a criminal too. He quits the military and starts carrying out small-time robberies. His pal Annie (Pamela Franklin) wants him to quit the criminal life, but she grudgingly helps him avoid law enforcement. Finally, though, Constable Richardson (Nigel Davenport) catches up with Davey, who will be hanged unless Annie and a fellow thief named MacNab (Ronald Fraser) can stop his execution.