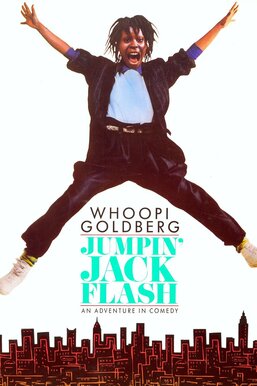 Terry Doolittle (Whoopi Goldberg) works with computers in a bank office. She routinely talks with others via her computer, but one day she connects with a mysterious user by the name of Jumpin' Jack Flash (Jonathan Pryce). It takes her a while to decode his message, but Terry figures out that Jack is a British secret agent trapped behind enemy lines. Terry agrees to help him, but her activities attract the attention of the KGB, who want to know Jack's real identity -- and will kill to get it.