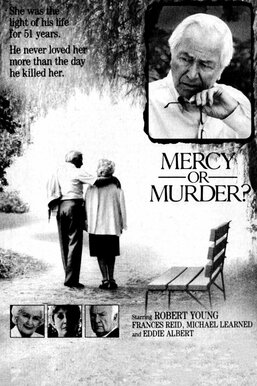 For retiree Roswell Gilbert (Robert Young) the ravages of Alzheimer's disease and old age have taken their toll on his wife, Emily (Frances Reid). Unable to endure her suffering any longer, Roswell makes the decision to end Emily's life by shooting her in the head. Maintaining that he has done nothing wrong, Roswell stands trial for the murder of his wife as debate rages on -- both in the court of law and of public opinion -- about the difficult ethical choice of resorting to euthanasia.