A thief falls in love with a beautiful princess and poses as a prince to woo her. 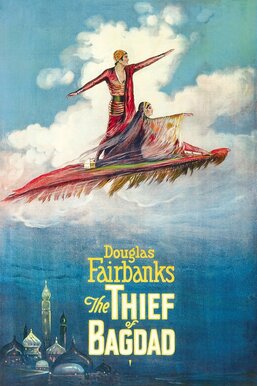 A thief sneaks into a royal palace, where he sees and falls instantly in love with a beautiful princess. Pretending to be a prince, the thief woos the princess, who becomes enamored with him, but when guilt eats at him, the thief confesses to a holy man, who commands him to find a magic chest as penance. As he battles many obstacles to win the chest, the thief uses its powers to save Baghdad from a foreign invader and rescue his beloved.