Caesar's genetically evolved apes and the human survivors of a deadly virus battle for supremacy. 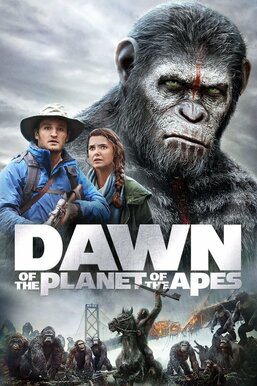 Ten years after simian flu wiped out much of the world's homosapiens, genetically enhanced chimpanzee Caesar (Andy Serkis) and his ever-growing band of followers have established a thriving colony just outside San Francisco in Muir Woods. Meanwhile, a small band of human survivors emerges, which forces Caesar -- as leader -- to grapple with the dual challenge of protecting his people and re-establishing a relationship with the remaining human population -- the latter being Caesar's secret wish.