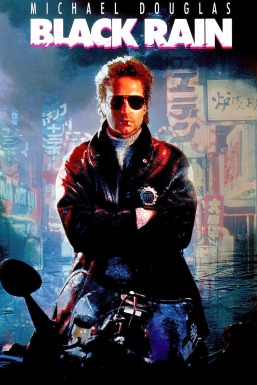 New York City policemen Nick (Michael Douglas) and Charlie (Andy Garcia) witness a murder in a bar and quickly apprehend the assailant. The killer, named Sato (Yusaku Matsuda), is a member of Japan's infamous Yakuza mob, and Nick and Charlie must transport the gangster back to Osaka for his murder trial. There, Sato's fellow gangsters free him from police custody, forcing Nick and Charlie to scour Japan's dangerous underworld of organized crime in search of their fugitive.