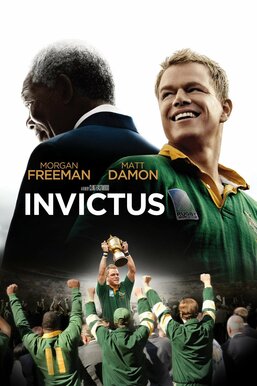 Following the fall of apartheid, newly elected President Nelson Mandela (Morgan Freeman) faces a South Africa that is racially and economically divided. Believing he can unite his countrymen through the universal language of sport, Mandela joins forces with Francois Pienaar (Matt Damon), captain of the rugby team, to rally South Africans behind a bid for the 1995 World Cup Championship.