An asthmatic 19th-century French girl (Jennifer Jones) sees the Virgin Mary at a grotto in Lourdes. 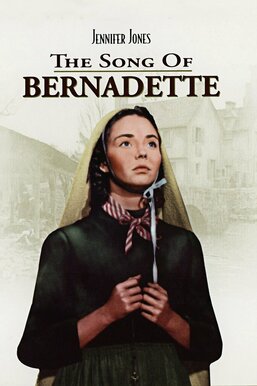 Based on the popular novel by Franz Werfel, this drama focuses on Bernadette Soubirous (Jennifer Jones), a young French woman who experiences vivid visions of the Virgin Mary. While many dismiss her claims, certain people, including the priest Dominique Peyramale (Charles Bickford), slowly begin to believe her. Eventually, Bernadette is deemed a saint, and becomes a nun at a convent, where she must deal with jealousy from others who resent her revered status.