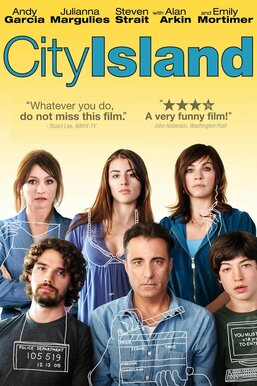 Prison guard Vince Rizzo (Andy Garcia) wants to quit his job to become an actor, but he also needs to make up for lost time with Tony (Steven Strait), a long lost son who's an inmate where Vince works. When Tony is freed, Vince suggests the ex-convict move in with his wife, Joyce (Julianna Margulies), and their children. But because Vince neglects to tell his family that Tony is not just a stranger, but the son he fathered before he met Joyce, this leads to a series of comic misunderstandings.