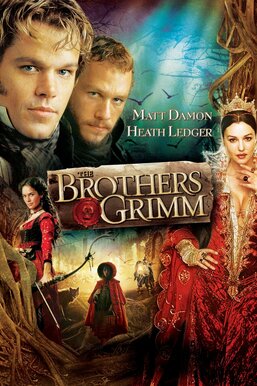 The Brothers Grimm, Wilhelm (Matt Damon) and Jacob (Heath Ledger), are dysfunctional schemers who go from town to town putting on shows that convince inhabitants they are getting rid of demons. After one such scam, a mysterious man called Cavaldi (Peter Stormare) brings them to a French general, who persuades them to battle the evil that has kidnapped 10 girls from a small village. During the investigation, the cynical Wilhelm and sensitive Jacob see things that point to real magic at work.