A scientist's (Jeff Goldblum) molecules merge with a fly's in this remake of the 1958 shocker. 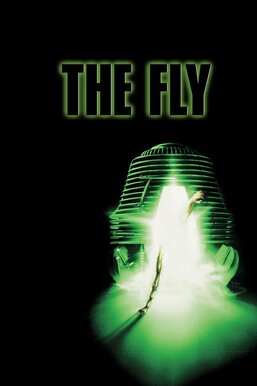 When scientist Seth Brundle (Jeff Goldblum) completes his teleportation device, he decides to test its abilities on himself. Unbeknownst to him, a housefly slips in during the process, leading to a merger of man and insect. Initially, Brundle appears to have undergone a successful teleportation, but the fly's cells begin to take over his body. As he becomes increasingly fly-like, Brundle's girlfriend (Geena Davis) is horrified as the person she once loved deteriorates into a monster.